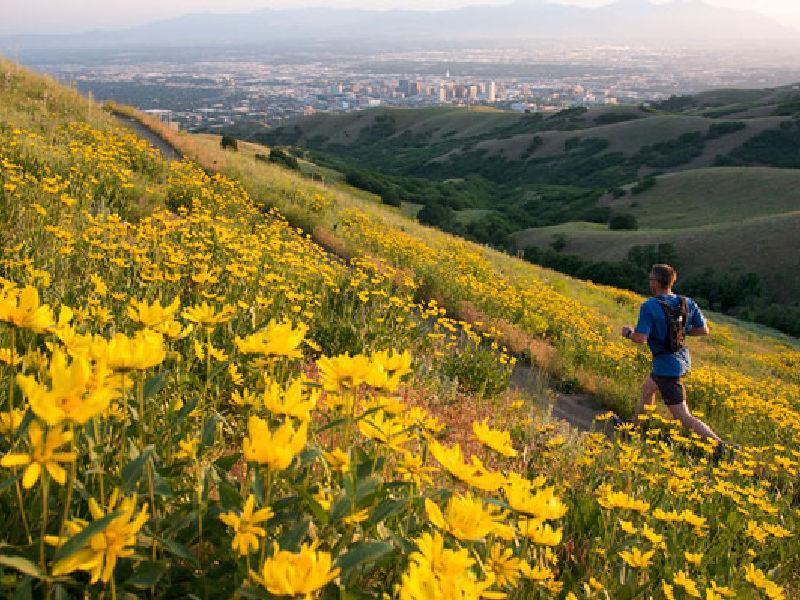 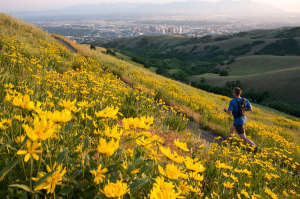 Ski City is much more than a single-season destination. Unlike traditional ski towns, where winter is the primary season for its existence, Ski City (a.k.a. Salt Lake) thrives throughout the year in all four seasons.

Ski City has no March thru May 'mud season,' a time when fun and funky ski towns — particularly those that don't serve as a bedroom community for a business-centric metropolis — often become sleepy ghost towns where restaurants and shops shut down, allowing their seasonal employees to head to warmer climes to refresh or find a new resort town altogether. Nor does it fall into a lull during late autumn, when snow-dependent mountain towns impatiently wait for Mother Nature to grace its mountain peaks with her white gold.

No, Ski City is different, much different, from traditional ski towns. In fact, it's quite the opposite of ski towns, and not just during the winter months. Its four-season nature allows for visitors and locals alike to enjoy year-round activities, including world-class skiing at its renowned Cottonwood resorts of Alta, Brighton, Snowbird and Solitude (and another seven resorts within an hour's drive), all with a truly unique apres ski scene with thousands of restaurants and bars to live theater, dance, ballet and symphony to pro sports. And all that remains an option for locals and visitors once the snow begins to melt, when Salt Lake welcomes a stunningly green spring chock full of other outdoor pursuits followed by a summer of outdoor concerts and festivals, finally wrapping up its year with a comfortable and awe-inspiring autumn of fall foliage. 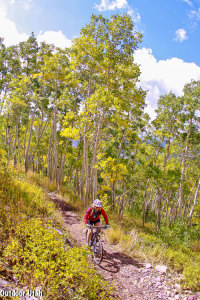 But it's not only the endless year-round outdoor recreational opportunities that helps differentiate Ski City, nor the urban offerings of the arts, restaurants and nightlife; it goes much deeper than that. Two additional components unique to Salt Lake City are the economic engine and development opportunities that come with being the state's largest economic driver as well as its educational center.

From being home to the prestigious Outdoor Retailer Winter and Summer Market trade shows since 1996 and host city of the 2002 Olympic Winter Games, Salt Lake, and the state as a whole, has experienced and enjoyed phenomenal economic development in many sectors, not the least of which is the outdoor recreation industry. World-famous equipment manufacturers including Black Diamond, Scott USA, Amer Sports (whose brands include Salomon, Atomic, Arc'Teryx, Suunto and more), Rossignol, Dynastar/Lange, Ogio, Petzl and hundreds more have moved or expanded operations in Utah in the last two decades.

With three prominent institutions of higher education, including the University of Utah, Westminster College and Salt Lake Community College (as well as numerous other educational programs), Ski City is a wonderful option for outdoor enthusiasts looking to earn their college degree. In another unique attribute of Ski City is that its schools, while offering endless access to outdoor adventure, produce an incredibly well educated population. This unique situation has actually produced scores of Olympic-caliber skiers, snowboarders and other world-class winter athletes. Special programs offered by these colleges and universities allow U.S. Ski and Snowboard Team members and U.S. Speedskaters the ability to pursue their college degree while training and competing at a world-class level. (In fact, if Utah were its own "country," it would have ranked 10th in the medal count during the 2014 Sochi Olympics. Westminster College alone is home to nearly 100 US Ski Team members and sent 23 athletes to Sochi to represent the US). 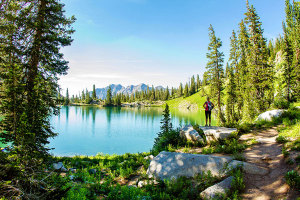 But at its heart (or at least this author's heart), it's the access to all things outdoor-related that makes Ski City a special place to visit, live or work. The area's trail network is fantastic, from the easily accessible Shoreline Trail to the seemingly endless trailheads in Millcreek, Big or Little Cottonwood canyons (including Solitude's and Snowbird's awesome hiking and mountain biking trails and Alta's hiking trails). Then there's the iconic Crest Trail, straddling Salt Lake and Summit counties, offering buttery (and technical at times) singletrack and stunning views into both Salt Lake valley and Park City. And like its access during the winter months, these trails (and the 400-plus miles of trails in Park City) are within quick striking distance, perfect for an afternoon ride or early morning hike. Think the folks in any other city in the mountain west have it this good? Not a chance.

Circling back to the endless array of restaurants and bars in Ski City, the non-winter seasons welcome al fresco dining and patio offerings. The casual atmosphere belies the quality of the culinary fare produced by some of the nation's most recognized up-and-coming chefs offered at incredibly reasonable prices. It comes as no surprise to those who frequent Salt Lake's eateries that it is now being nationally recognized as a "foodie city," a transformation to embrace for sure. Tack on the ever-growing brewing and distillery scene of the region (Squatters, Wasatch, Epic, High West, Sugar House, etc.) as well as the new bars popping up, and you have a pretty awesome combination of dining and nightlife options. 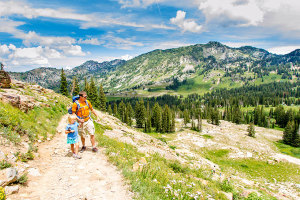 Then there are the cultural arts of Ski City. Not only is the offering tenfold of what ski towns are able to offer, Salt Lake's professional companies compare with the country's best, from Ballet West to the Utah Symphony and Opera. Add to the venue mix Salt Lake City's new 2,500-seat Performing Arts Center (scheduled to open March 2016), and patrons will have a number of world-class facilities to see incredible live theater, dance and music. Speaking of music, Ski City also welcomes most national touring bands with venues as unique as the concerts themselves, from numerous indoor options like The Depot, Urban Lounge, The State Room and In the Venue to awesome outdoor settings such as the sizable USANA Amphitheater and the more intimate Red Butte Garden Amphitheater. Of course, any mention of Salt Lake's summer concerts would not be complete without the Twilight Concert Series every Thursday evening in Pioneer Park.

America's iconic ski and mountain towns are fantastic, and we're fortunate to have some excellent ones here in Utah. But we're also incredibly fortunate to be home to North America's only ski destination complete with urban activities and amenities as well as legitimate four-season adventure — and dining, nightlife and cultural arts — right out its, and your, back door. So next time you're planning that weekend adventure getaway, consider Salt Lake, er Ski City — you will not be disappointed.