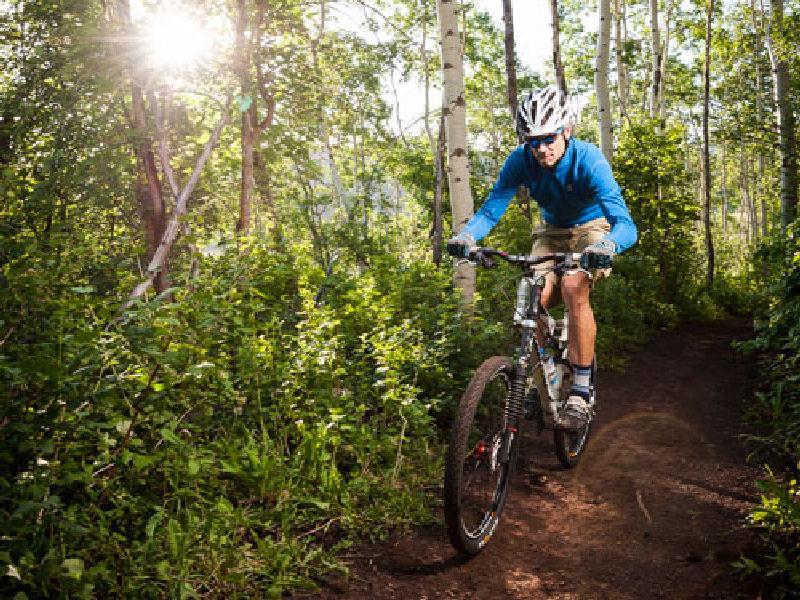 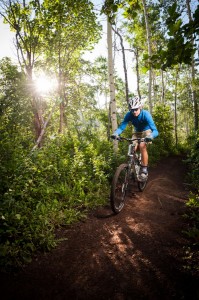 I'm not going to lie, if you would have asked me where I'd be living at this stage of my life when I was younger, Park City would not have been the spot. I would have said, Sun Valley, Idaho, or Jackson, Wyoming, or somewhere a bit more "off-the-beaten-path." But look at me now. I get to wake up every day in Park City and live the life that thousands of people pay to come experience each year. And I absolutely love it!

I'm 46 years old, mountain sport loving, endurance racing junkie. I'm happily married to the women of my dreams, and have two wonderful children that are being raised in this mountain paradise. My wife actually grew up here and is a product of the Park City Ski Team. She is very athletically minded, so we make a great pair. Our daughter is 15 and likes to alpine ski, Nordic ski, play soccer, and ride mountain bikes. Our son is 12 and his passions are alpine skiing, lacrosse and mountain biking. We would find it difficult for someone to convince us that there is a better place to raise a family. That said, it can be challenging at times to try explaining to your child why they're delivered to school in a Honda Pilot versus driving themselves in a BMW that they received as a birthday present! But hey, it's the price of admission and our kids don't seem to care who is driving what. Park City offers a fabulous public education system, every mountain oriented activity known to man (and then some), and a proximity to the airport you can't beat (45 minutes from our house). We strive to get out as a family as often as we can, whether that is here in Park City or somewhere far off.

In Park City there typically is a big summer solstice mountain bike ride. One of the local shops organizes an outing that lasts from sun-up to sundown. Yep, that means riding your bike all day! So rather than spend a day out on the trail with all the local hardcore riders, my wife and I decided we'd do our own family summer solstice ride. We mapped out a route that would take us from our home in Silver Summit, through Round Valley and into town so we could have a snack there (always good to keep the kids well snacked when trying to plan a long day ride). After stopping for a frozen yogurt we would hop on public transportation from the main transit center at the base of Main Street and ride the bus up to the Montage area of Deer Valley Resort. The Mid-Mountain trail cruises through this area and we thought this would be a great place to jump on. Once on the trail there, our plan was to ride over to Park City Mountain Resort, do a small loop up high on the mountain, and then descend all the way back down into town and eat a well-deserved fun dinner. Afterward, we would ride an easy route back home via the public pathway, feeling that all the riding and food would warrant an easy cruise home rather than hitting the singletrack again. Our well planned ride worked out so well we are looking forward to implementing a similar ride this summer! We find it hard to imagine living in an area where you don't have the luxury of doing this type of activity with your family. 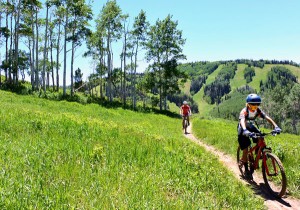 So it's not unusual to overhear long-time locals ranting about how big Park City is getting, and how it all "used to be" back in the day. But growth issues certainly aren't isolated to Park City. These are the same conversations you'd hear in a coffee shop in Vail, Jackson Hole, or any other mountain town. The difference is how the towns' leadership handles the growth, and more importantly the preservation and creation of open space. I'm fortunate to have a schedule that gives me the time to serve on some local boards, one of those being Snyderville Basin Special Recreation District. While sitting on the Basin board, it was great to witness the collaboration with the Basin Open Space Advisory Committee (BOSAC), the City and groups like Summit Land Conservancy - entities that utilize bond monies and other public funds to acquire targeted properties thereby maintaining our recreational priorities. Most recently a parcel of land on the north end of Round Valley was secured and added to this already primo recreation area, bringing the total acreage to over 2150 for preserved space. Round Valley has well over 30 miles of singletrack trail, and with the addition of this new area, at least another five will be added.

Without great organizations like Mountain Trails Foundation, Basin Recreation, The City of Park City, and our wonderful resorts, the area wouldn't have the 400 miles of trails we enjoy. Often visitors from out of town ask, "How in the world did all of these trails get here?" The answer is a long one, but as just mentioned, it is mostly from the collaboration of all these great entities. To understand how great our local land developers are, one needs to look no further than The Colony and Glenwild. Both of these developments have done so much for our trail system. Glenwild really opened the gates to trail users, and they feature over 25 miles of singletrack. Additionally, The Colony has embraced a few major trails, one being the gem of Park City, the Mid-Mountain Trail. Without The Colony giving access, Mid-Mountain would not exist today. Another great trail that they worked on with Basin Recreation is the Pinecone Trail, added to the system two years ago. A lot of trail users feel this is the best addition to our system since the building of the Mid-Mountain Trail. I tend to agree. I relish jumping on the Armstrong trail (an uphill only biking trail, open both ways for walkers and runners) and heading straight up, eventually coming to the Pinecone and continuing up to the Wasatch Crest. The ascent is certainly the most demanding mountain bike climb in Park City and no doubt the most rewarding once you top out - the views are outrageous. 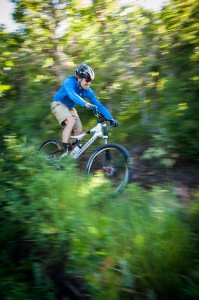 The reasons that I love living in Park City are likely the same ones why you would want to come visit the place I call home. Our family recently moved from the outskirts of town into the core of Park City. For us, moving to town was all about getting closer to the things we love so much about this area - like leaving the garage on your bike and pedaling about fifty strokes before hitting the singletrack. Granted, I could ride from my old house to get to the heart of the trail system at the three resorts. But that typically added about an hour or so to the ride, so if I'm in a hurry (like a lunch ride during the week), it made the most sense to throw the bike on the roof of the car and head to town - more time to ride that way. Now though, living in town means I'm a stone's throw from the ever popular Lost Prospector trail and lunch rides are going to be a breeze - maybe too easy in fact. It may cut into my work time!

Finally, my all time favorite aspect of living in Park City, near all these trails, is the fact that it has afforded me the ability to organize and direct one of the greatest mountain bike races in the West. If you've never heard of the Park City Point 2 Point, here's your crash course. The race covers 75 miles and climbs over 12,000 vertical feet. The best part of the race is that it is a true point to point, not many of these types of race exist anymore. Just like when mountain bike racing was just getting started, think of a point to point race as a "pack-your-lunch-adventure" type race. And this is exactly what the Park City Point 2 Point is. Don't get me wrong, the course is well marked and there are a couple well-supported aide stations. But this course takes you up, down, and all around town - it actually passes through all three of the area's world-class resorts. The course is never on the same trail twice, and it never crosses itself. It takes a lot of trail to be able to pull off an event like this and Park City has just that! We could have easily made the race 100 miles long. Unfortunately, at the time of year we run the event there just isn't enough daylight for most racers to complete the course. So it you ever find yourself in Utah on Labor Day weekend, with nothing better to do but ride your bike all day, come to Park City and sign up!

There's a bumper sticker that states, "I'm Living Your Vacation?" I didn't coin the phrase, but that honestly sums up my existence in Park City better than any words I could ever conjure up. See you on the trails.

Editor's note: In its September 2013 issue, after a lengthy voting process and much debate, Outside Magazine named Park City as the winner of an online contest to name the Best Town Ever, including a photo of a bicyclist on a trail overlooking Old Town on the cover of the magazine.