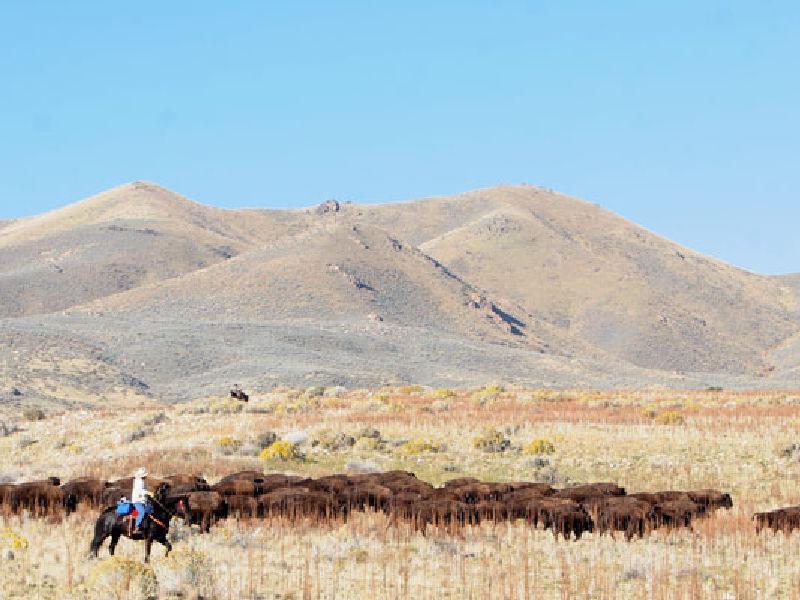 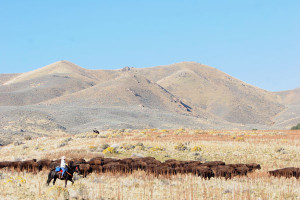 The mystique of the Wild West is alive and well with international travelers who dream about visiting the United States, the land of wide open spaces, cowboys, and American Indians.  Many visitors may not realize that they have seen Utah before - on the big screen in the many Western movies that have been filmed here.  Free roaming bison herds still dot Utah's landscape, including a wild herd on Antelope Island State Park in northern Utah that is also rich in pioneer history and geology.  Utah is part of the American West that is also becoming known as Mecca for outdoor enthusiasts.

In the spring of 2012, the China Great Wall Society met with the Utah Office of Tourism (UOT) at the China Outbound Travel Trade Marketplace.  The China Great Wall Society maintains sister relationships with worldwide organizations with like-minded goals to protect natural landscapes and to develop sustainable tourism programs. The Society has Memorandums of Understanding (MOU) with Egypt, Italy, Norway, Peru, and more – but not with the USA, until now.  As follow-up to the meeting, a visit to Utah was planned with the idea that a relationship might be established with Utah State Parks.  In June of 2012 these visits included Antelope Island and Snow Canyon State Parks, as well as Zion National Park. Meetings were conducted with the Division of Utah State Parks and Recreation and UOT.  Outdoor Utah hosted the China Great Wall Society on hikes of Antelope Island and in the Wasatch Mountains on their initial visit to Utah.  Barbara Riddle, President and CEO of Davis County CVB hosted the visitors on a horseback tour of the island. Subsequently, it was mutually agreed that a MOU would be created between the Society and Antelope Island State Park. 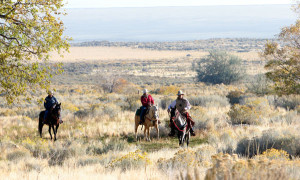 A 16-member delegation from China visited Utah last October to sign the MOU. The group was composed of Society representatives and famous Chinese artists. The artists joined a plein-air painting excursion on Antelope Island followed by a painting and calligraphy exhibition at the Joseph Smith Memorial Building in Salt Lake City.  In April of 2013, the Utah Office of Tourism led a Utah delegation to Beijing as part of an Asian Sales Mission to complete the partnership.  The state was joined by Barbara Riddle, Jeremy Shaw, park manager of Antelope Island State Park, as well as the St. George Area Convention and Tourism Office, San Juan County Economic Development & Visitor Services, and Park City Chamber/Bureau.  A MOU was signed between the Jinshanling Great Wall Management Office and Antelope Island State Park.  The artwork created by the artists during their visit to Antelope Island was presented to the Utah delegation to celebrate the occasion.  Although the art exhibit has since been returned to China, a beautiful piece depicting the Great Wall was gifted to the State and will be displayed for public viewing.   To find out when and where, monitor VisitUtah.com from time to time.

"Antelope Island State Park is pleased to enter into this cooperative relationship with the China Great Wall Society," said Fred Hayes, director of the Division of Utah State Parks and Recreation.  "We share the Society's mission of protecting and showcasing natural landscapes for visitors, and providing hiking, photography and other recreation opportunities." 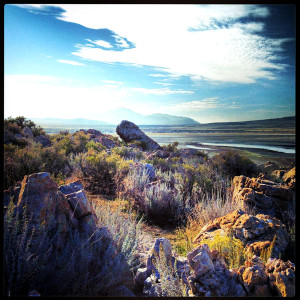 "We are thrilled to play a role in the historic development of this sister relationship between Antelope Island and the China Great Wall Society because it is fostering relationships with this emerging tourism market and is encouraging more Chinese travelers to experience Utah's outdoor activities," said Patti Denny, travel trade manager of the Utah Office of Tourism, who was the first to meet with Guowei Han of the International Exchange Department of the China Great Wall Society.   "Utah's rugged landscapes have many similarities with the rocky terrain in Mainland China."

The China Great Wall Society was founded in 1987 under the leadership of the State Cultural Relic Bureau and specializes in exploring, studying, promoting and protecting the iconic structure.  The goal of the Society is to share the Great Wall with the world and to preserve it for future generations.  Its task is to foster traditional Chinese cultures, carry forward the Great Wall spirit and to have the Wall function as a bridge between governments and society.

The China Great Wall Academy of Paining and Calligraphy is an arm of the China Great Wall Society and the China Administration of Cultural Heritage.  Established in 2006, the Academy is a non-profit organization focusing on art research, communication and exhibitions. The goal of the Academy is to promote the culture of the Great Wall, often illustrated in traditional Chinese paintings and calligraphy, and to strengthen the understanding of painting and calligraphy at home and abroad.

The Academy's membership includes more than 200 artists and members of the China Calligraphers Association and the China Artists Association.  The Academy has become an important base for the creation of Chinese painting and calligraphy art.

Antelope Island is a serene desert island on Great Salt Lake and home to one of the largest freeroaming bison herds in the United States, as well as bighorn sheep, pronghorn, mule deer and a wide variety of birds.  Island visitors may tour miles of backcountry trails on foot or mountain bike, or drive along scenic roadways to spectacular viewpoints overlooking Great Salt Lake.  Antelope Island provides access to the briny waters of Great Salt Lake, which are two to seven times saltier than the ocean. Visitors may wade and swim from island beaches, and sail and kayak from the island marina. The island hosts many other adventures, including horseback riding, kite flying festivals, trail running races, concerts, history and biology lectures, campfire programs, and guided tours.

For more information on visiting Antelope Island State Park, contact the Davis Area Convention & Visitors Bureau at visitdavisarea.com or State Parks at stateparks.utah.gov/parks/antelope-island  or (801) 538-7220.  To contact the Utah Office of Tourism, click on VisitUtah.com or call (801) 538-1900.

Tracie Cayford is the Deputy Director of the Utah Office of Tourism, a seasoned journalist and an avid outdoor enthusiast.