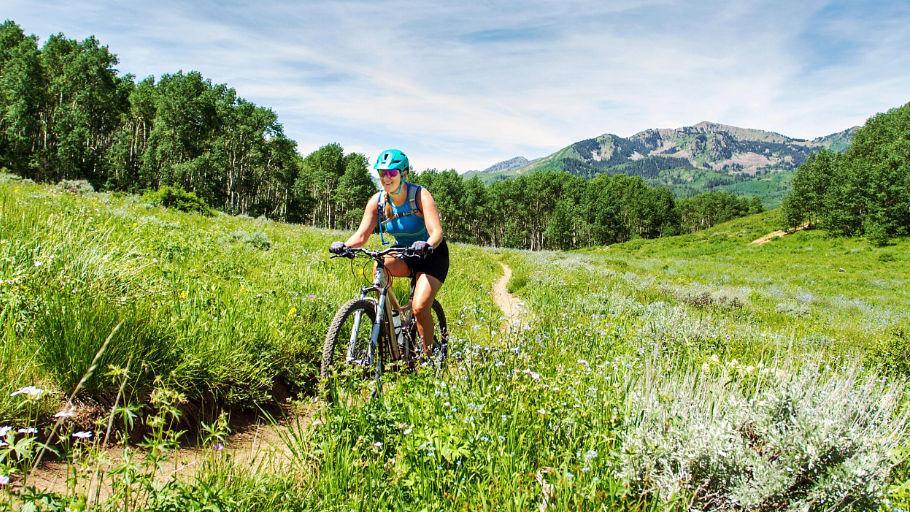 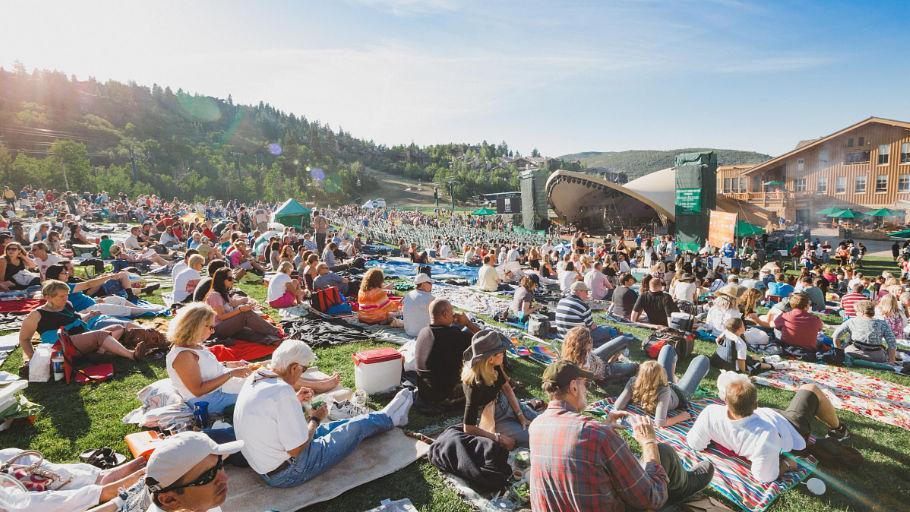 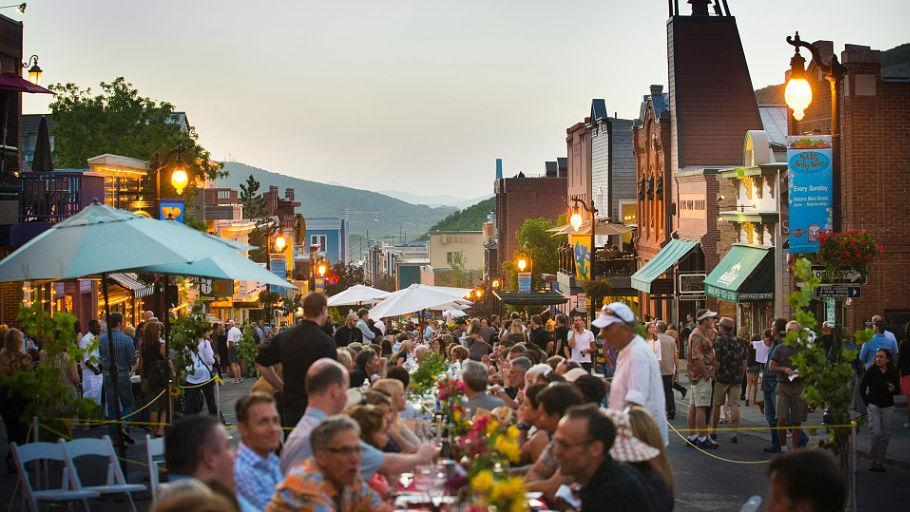 Savior the Summit
Previous Next

Time to Kick Back - A Park City Summer 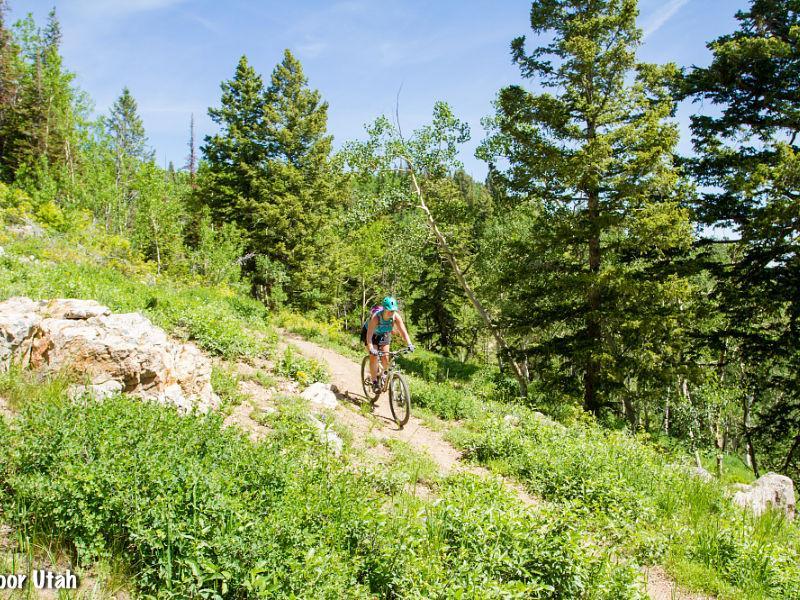 Time to Kick Back – Summer in Park City

When the snow melts, Park City blossoms into a vibrant scene filled with live music festivals, arts and culture, food and dining events, and active outdoor pursuits galore. It’s as if the entire all-season mountain town emerges from hibernation, and embraces the many ways to live the elevated life that has defined the ski town and attracted attention each year. From earning accolades as the only gold-level mountain biking Mecca to the arts festivals and cultural happenings, it’s time to say adios to the once-slow summer season. Park City, it seems, has arrived. There are more ways to soak up the high altitude summer lifestyle than ever before -- here are just a few:

Hiking and mountain biking are the most popular recreational activities in Park City during the summer months on vast networks of trails that extend through Round Valley, Lost Prospector, Rail Trail and the mid-mountain trail, to name but a few. As the only gold-level ride center designated by the International Mountain Biking Association (IMBA), the town boasts 400 hundred miles of trails and terrain. Park City and Canyons resorts have carved downhill courses into their hillsides and ski lifts mean downhill enthusiasts can catch a ride up, rip down and repeat. Last summer Deer Valley Resort also debuted its new Tidal Wave flow trail, complete with fresh-cut berms and five brand-new table tops joining already existing old-school tech singletrack.

As the heat of the summer hits, stand up paddleboarding (SUP) has also taken off on the Jordanelle Reservoir found off Hwy 40 a few miles east of town, and also at the Deer Valley pond adjacent to the Grocery Cafe. Park City SUP offers reasonable rentals and SUP yoga classes, while Silver Star Sport in front of Silver Star Cafe near Vail’s Park City base offer SUP or mountain bike rentals.

Environmental education and hands-on exploration come together at The Swaner Preserve Ecocenter, 1,200 acres of open space with an onsite museum and learning center. Summer programs introduce visitors of all ages to the local ecology and area wildlife in an interactive and inviting manner. “At Swaner, we want summer time to be a period of exploration and an opportunity to get outside and learn about the natural world for families and individuals,” says Nell Larson, Executive Director. “That's why we have the summer camp programs as well as guided preserve tours and talks, geocaching, and many other options for both kids and adults.”

The Utah Olympic Park is a must-see destination that includes two high ropes adventure course, ziplining, extreme tubing down a Nordic ski jump, bobsledding, alpine coaster and more. The Flying Ace All-Star freestyle Olympian and Ski Team jumpers take to the skies on Saturdays and Sundays from June 28 to September 6, soaring 60 feet before landing in the Big Air Pool.

Family-friendly, live music has become a summer staple with no fewer than four venues around town that offer great acts and entertainment, often free and in the great outdoors. Deer Valley’s Snow Park Outdoor Amphitheater is really something to behold. Nestled at the foot of a natural grassy knoll that easily fits close to 5,000 people at maximum capacity, it’s a local favorite that plays host to three amazing outdoor music festivals throughout the summer. Local non-profit Mountain Town Music hosts free Wednesday evening concerts showcasing local musicians, while the Utah Symphony’s Deer Valley Music Festival, entering its 13th year, dominates the Friday and Saturday evening scene. The six-week festival runs from July 2 to August 6 boasting headliners such as The B-52s, Matthew Morrison of TV’s “Glee” and a tribute to David Bowie playing with the full orchestra under the stars. In its 12th year at Deer Valley, the Park City Institute hosts its own series called St. Regis Big Stars Bright Nights which in previous years has included Jewel, OneRepublic and Earth Wind & Fire. What’s one of the best parts of all this music on the hill? You can bring your own picnic -- complete with alcoholic beverages -- into the venue (or take advantage of Deer Valley Resort’s gourmet concessions -- world-famous turkey chili anyone?) and truly make it a made-to-order evening of your liking.

The Canyons Village also offers free concerts on Saturday evenings in an outdoor band shell right at the base of Red Pine Gondola. The acts tend to be smaller scale, but the crowd is enthusiastic so there is lots of stage dancing and participation. Mountain Town Music programs the Free Thursday Night Concert Series entering its 10th season at Newpark - mainly of the local and regional variety featuring rock, bluegrass and acoustic sets played on a small stage.

Park City has turned into a veritable foodie’s town with no shortage of inspired local chefs serving up regional fare. Main Street is hopping with relative newcomers Tupelo, Fletchers and Handle offering ample New American dinner menus. Squatters and Wasatch brew pubs are great for grabbing locally produced beers along with hearty pub fare. Off the beaten path local favorites include Cortona Italian Restaurant in Kimball Junction, Sammy’s Bistro in Prospector, Silver Star Cafe near Park City Resort base, and Blind Dog on Kearns Blvd. Live music heats up the scene after hours at The Spur, OP Rockwell, Cisero’s and The Cabin, while favorite local watering holes include High West Distillery, Butcher’s, Bistro 412, Rock ‘n Reilly’s, No Name Saloon and O’Shucks. Dancing happens into the night at the Downstairs night club, a small dance floor in the basement of Fletchers, and Park City Live.

A quintessential summer experience is the Park Silly Sunday Market which runs June to September right along lower Main Street. Part street festival, part open air farmer’s market, part kids’ activity zone, part art and clothing bazaar, Park Silly Sunday has become a cultural institution for the town. In addition to all that’s going on, Park Silly has (for adults only) a beer garden and a build- your-own Bloody Mary bar.  They pour the legal amount of Utah’s Five Wives Vodka, you choose mix, veggies and hot sauce to suit your taste.  Another great shopping experience is the Park City Farmers Market held each Wednesday in the parking lot of the Canyons Resort. The market has expanded from fresh produce grown by surrounding area farmers to include crafts, clothing, live music and other locally produced wares.

EVENTS
Parkites definitely enjoy great food and drink. Each year, the town’s best restaurants showcase their culinary high notes at Savor the Summit, Park City’s biggest outdoor dinner party on June 18 that has diners seated at the longest dining table -- “The Grande Table” -- right down the middle of Main Street. Oenophiles must not miss the three-day Food and Wine Classic July 7th  to 10th  featuring grand tastings, outdoor seminars and wine pairings that kick off at the new High West Distillery’s Blue Sky Ranch and continue with a stroll of Park City the next night followed by a toast at Montage Deer Valley on the final evening.

Trail runners come out of hibernation at the first hint of spring, and by summer, are dashing up and down the mountain. Mountain Trails Foundation holds a trifecta of heart-pumping races called the Triple Trail Challenge: the Jupiter Peak Steeplechase on July 30, a 16-mile vertical loop from Park City Mountain to Jupiter Peak at 10,000 feet and back; Mid-Mountain Marathon on August 16, a full 26-mile single track marathon that traverses Deer Valley, Park City Mountain and back down to Canyons Base; and the Half Trail Marathon on September 17, which doubles as the conclusion of the 4-part Park City Trail Series through Round Valley that ramps up from a 5K on June 11, to 10K on July 9, and 15K on August 13.

Two big summer parties happen during the summer. On July 4th, after an early pancake breakfast at City Park, crowds line Main Street for the annual parade with decked out floats and ends with a day-long party at City Park, complete with kids activities, live music and food. Fireworks light up the sky for two consecutive nights at the resorts.

On Monday, September 5th, the Park City Rotary Club hosts a day-long celebration of the town’s mining heritage. This is the 119th annual Miner’s Day event! Last year over 17,000 people came out to take part in an incredible mix of activities. The day begins early in City Park with a pancake breakfast and the Funky 5K run. From there we move up to Main Street for the Running of the Balls. Thousands of numbered golf balls will be released into the street. With the help of gravity, the balls race down Main Street into a chute. The first balls there will win prizes. Next comes the Miner’s Day Parade down Main Street ending in City Park where there will be a barbeque lunch, beverages, games for the kids and live music.

The Mucking and Drilling competition is a demonstration of the gritty, challenging work the miners did. Watch competitors from around the west tackle the machinery and techniques used by the early mining industry.  The last event of the day is the Skateboard Pro Bowl Jam. Athletes fly through the bowls of the skateboard park getting huge air and doing tricks that amaze.


Adrenaline junkies will appreciate stage seven of the Tour of Utah, which rips through town August 7 and takes riders from Heber on uphill switch backs to cross the finish line on Historic Main Street. Those with a penchant for costumes should sign up for another local favorite, the Tour de Suds on September 18, a zany 7-mile bike race from City Park to the top of Guardsman Pass in crazy outfits.

So with a nod and thanks to The Lovin’ Spoonful, spend Summer in the City.  That’s Park City!