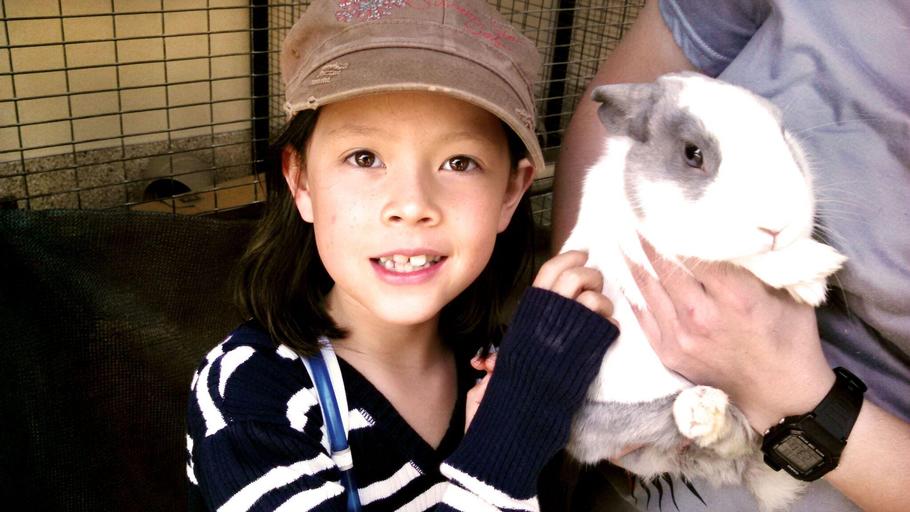 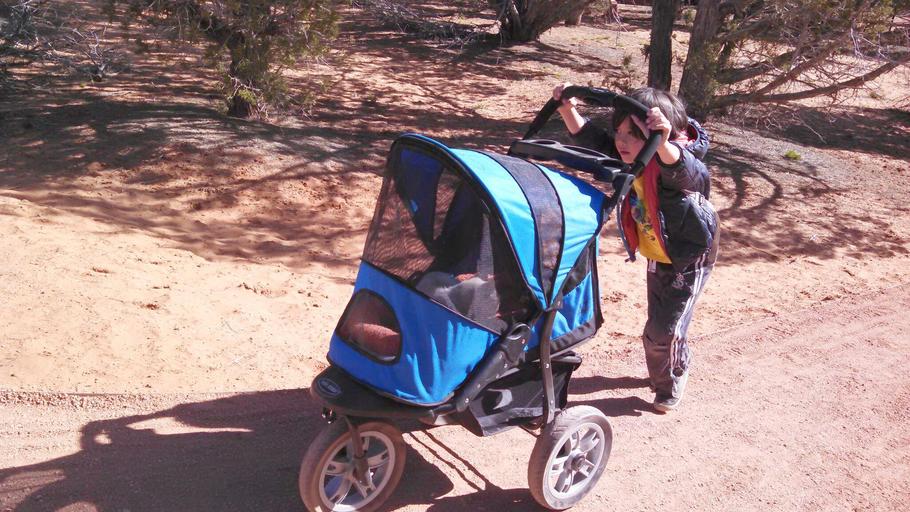 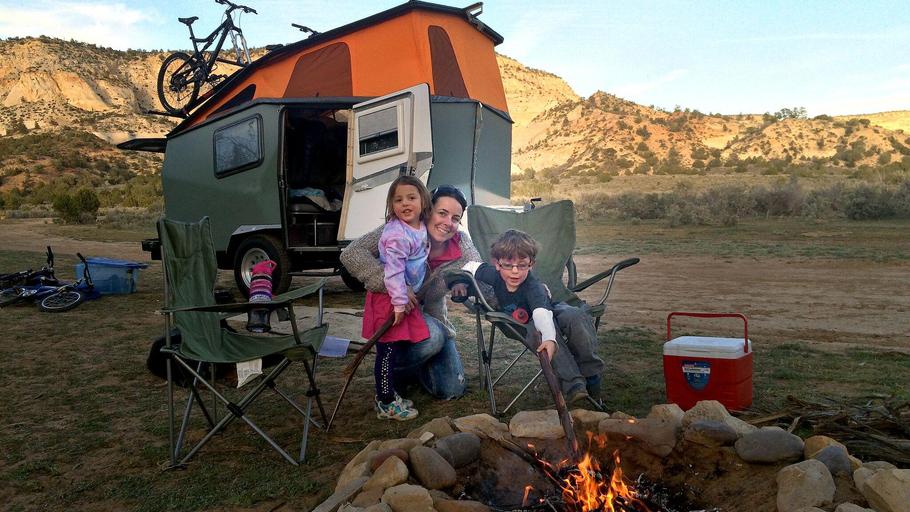 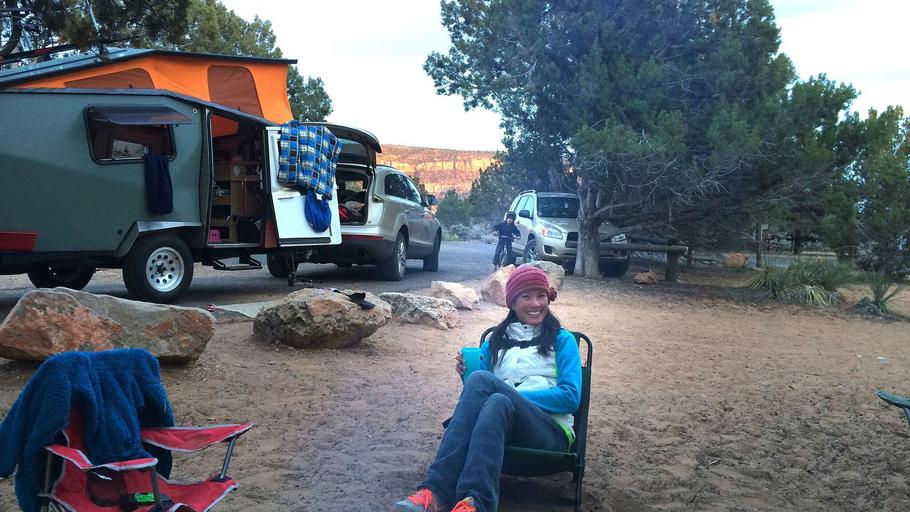 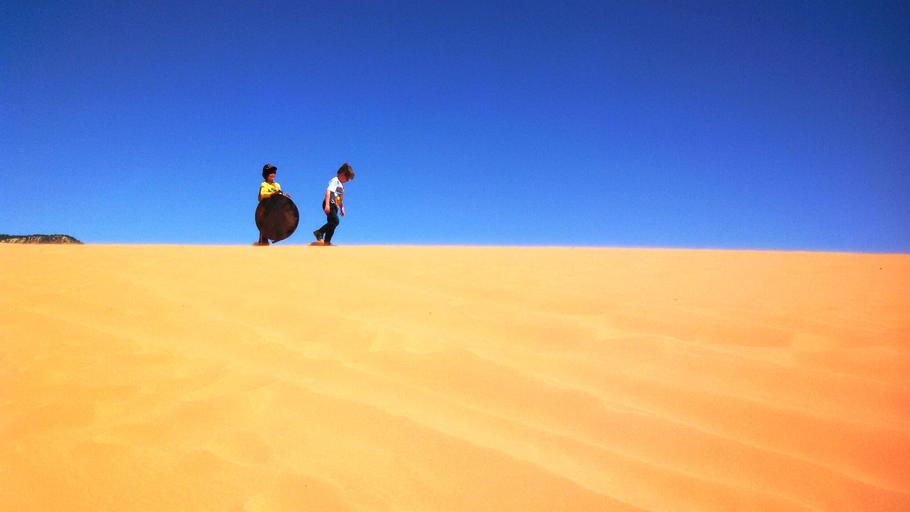 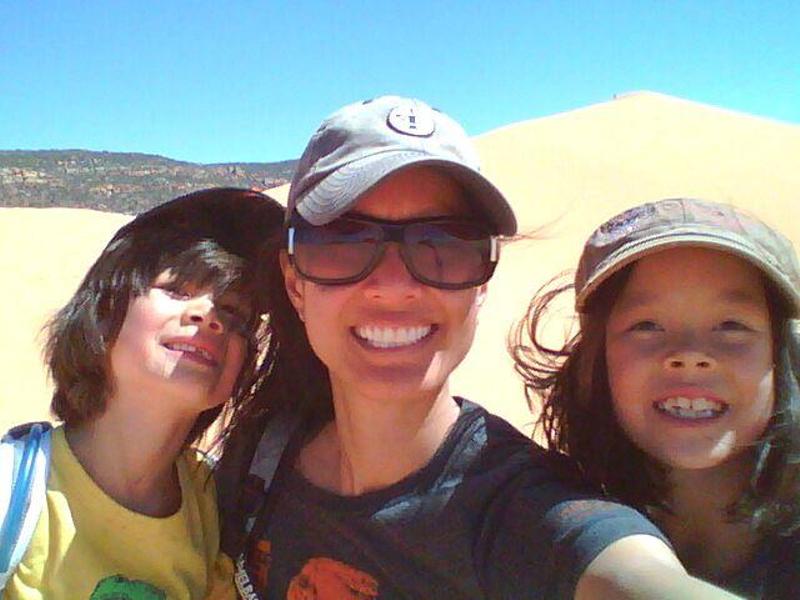 Honestly, Kanab had never been on my bucket list. I’d driven past it a dozen times on the way to Lake Powell, and knew that Best Friends Animal Santuary was nearby. So when my friend, Stacey, mentioned her family was looking for an adventure to test out their new camper, all of a sudden Kanab seemed full of promise. What sealed the deal for us was Coral Pink Sand Dunes State Park.

“A park full of pink sand? “my daughter wanted to know. And the chance to help save animals? Enough said. Kanab is located near the border with Arizona that skirts the bottom end of Grand Staircase Escalante National Monument, a 1.7 million-acre parcel of rugged, diverse public lands in the southern part of the state. Away from the crowds that cram much of Moab and Springdale, it is more isolated, desolate, and feels like the wild, wild

west. We arrived one evening in early April, and settled at a campground in town. Volunteer orientation awaited the next morning at Best Friends Animal Sanctuary, just a few miles outside of town. Turns out there is an age requirement for Dog town so my kids and I went on to Cat World, a cluster of buildings with outdoor caged portions housing hundreds of felines. We were given the “task” of petting cats – or rather, sitting still enough in a cat room to allow personalities to emerge. My six-year-old son, Dante, was smitten with a midnight black elderly tomcat who insisted upon sitting in his lap for some loving. His sister, eight-year-old Olivia, was content playing cat and mouse with the friskier kitties. We took a few of the cats out in mosquito netted strollers and on leashes for walks around the property, which my kids adored.One of the most peaceful areas of the sanctuary was Angels Rest Pet Memorial. Dozens of wind chimes hung in the trees surrounding hundreds of tiny gravestones, many of them adorned with trinkets, stones, favorite toys and collars. It was a moving experience to wander throughout the memorials, reading the stories of beloved pets who had passed, all the while hearing the magical tinkling of the wind chimes stirred into song by the breeze. Later on, we met up with Stacey and her family who had scouted out a campsite within the expansive public wilderness of Grand Staircase Escalante National Monument. As we drove towards the towering red monoliths, we passed throngs of deer with heads raised and ears alert. Dinner by the campfire was accompanied by the slow fade of town lights, and the illumination of the heavens above. In the wilderness, the stars are nothing short of epic. The kids were entertained by roasting marshmallows and making s’mores on the glowing campfire embers.

The next morning, we made our way to the Coral Pink Sand Dunes State Park, located to the west of Kanab. Just as the name implies, the dunes are a rust-colored sea of sand that derive their distinct pinkish hue from the iron oxides and minerals in the eroding Navajo sandstone that permeates the region. The dunes looked vaguely like Tatooine from the Star Wars series –undulating hills of various shades ranging from rusty orange to dull pink rose as high as 50 feet. We nestled in a hillside sheltered by the wind and had fun with the sand box toys we had lugged. We made castles and “mermaid tails” and rolled down the hills while watching dune buggies spin circles and kick up clouds of pink sand. The following day, we intended to visit some nearby fossilized dinosaur footprints – but were sidelined by a sauropod-sized meltdown. Back in the coolness of the car and settled for the long drive home, I figured we’d had enough adventure for the moment. I knew our visit to Kanab would not be our last.